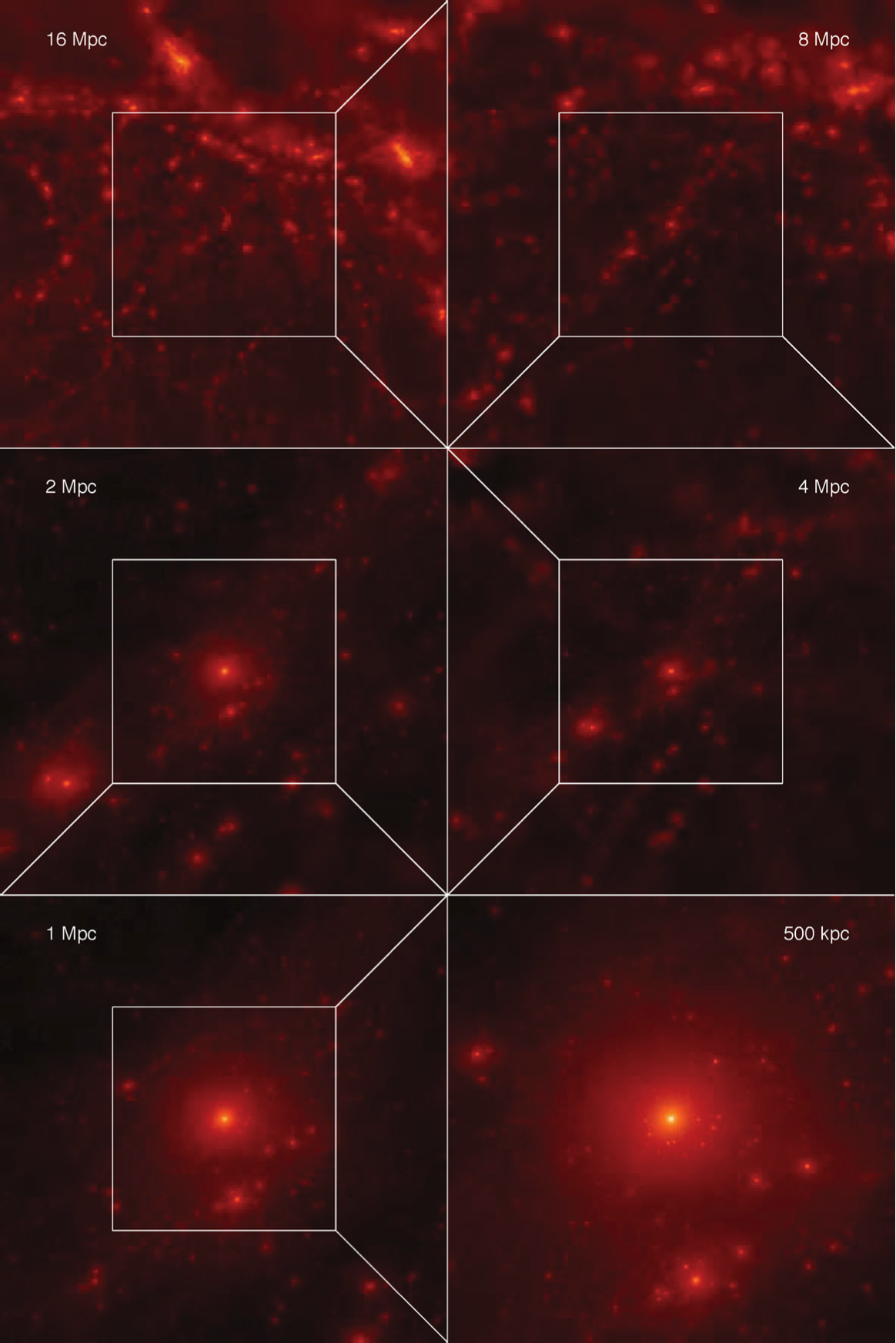 Maps of the dark matter distribution in the region surrounding the Aquila halo at z = 0. The dark matter is projected in cubic volumes of side length as indicated in each panel. Pixel brightness corresponds to the dark matter density using a logarithmic scale.

The Aquila Project compares the results of cosmological gas-dynamical simulations of galaxy formation within a Milky Way-sized 􏰀CDM halo. The various runs differ in their numerical hydrodynamical treatment but share the same initial conditions

The Aquila Project consists of 13 different gas-dynamical simulations of the formation of a galaxy in a ΛCDM halo of similar mass to that of the Milky Way. Nine different codes were used for the project (two codes were run three times each with different sub-grid physics modules). The various codes differ in their hydrodynamical technique (SPH , AMR, moving-mesh): seven codes use the SPH technique, six of which are based on gadget and one on gasoline. 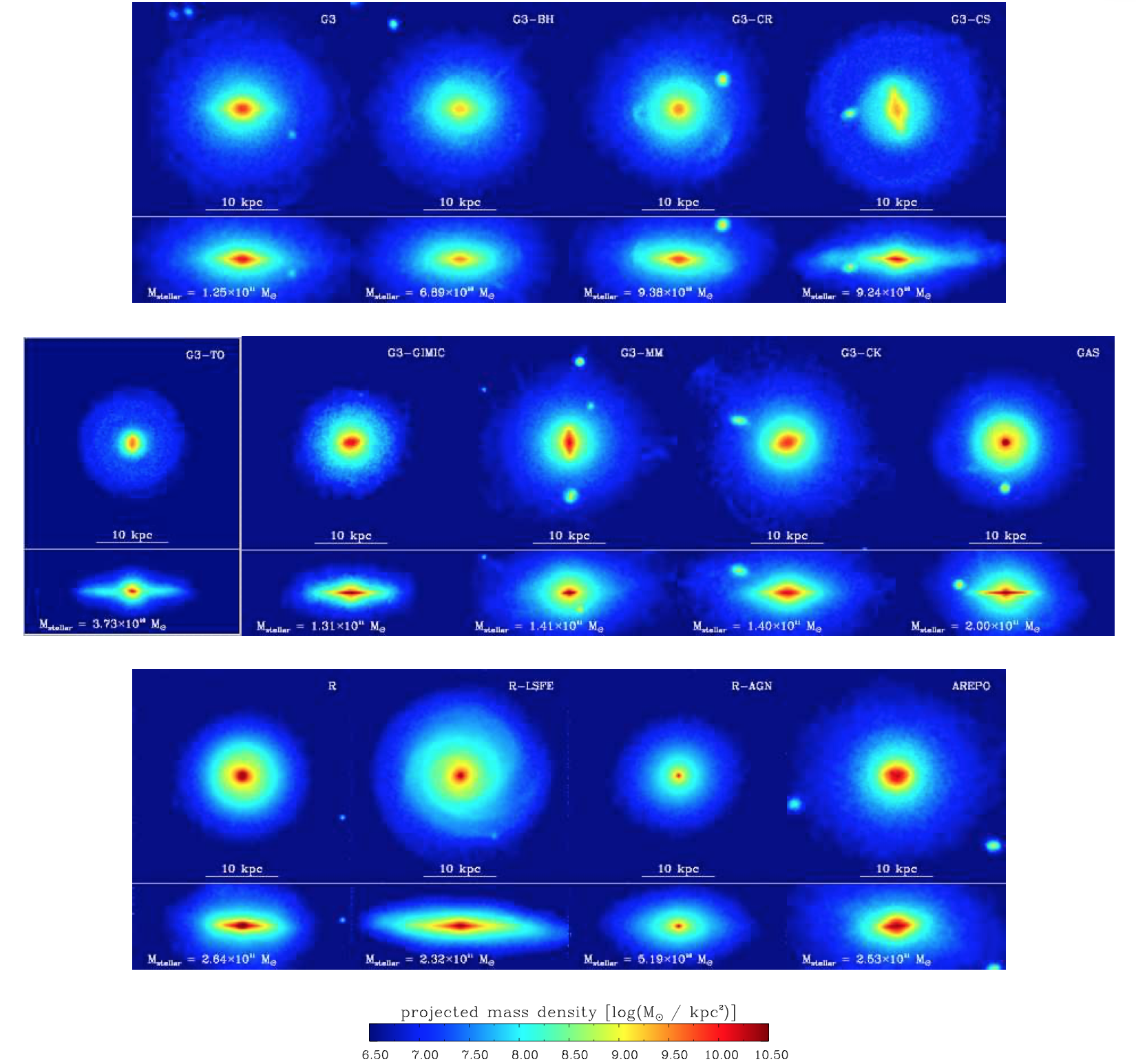 The initial paper for “The Aquila Project” has been published as Scannapieco et al. 2012. For more information please contact Cecilia Scannapieco.