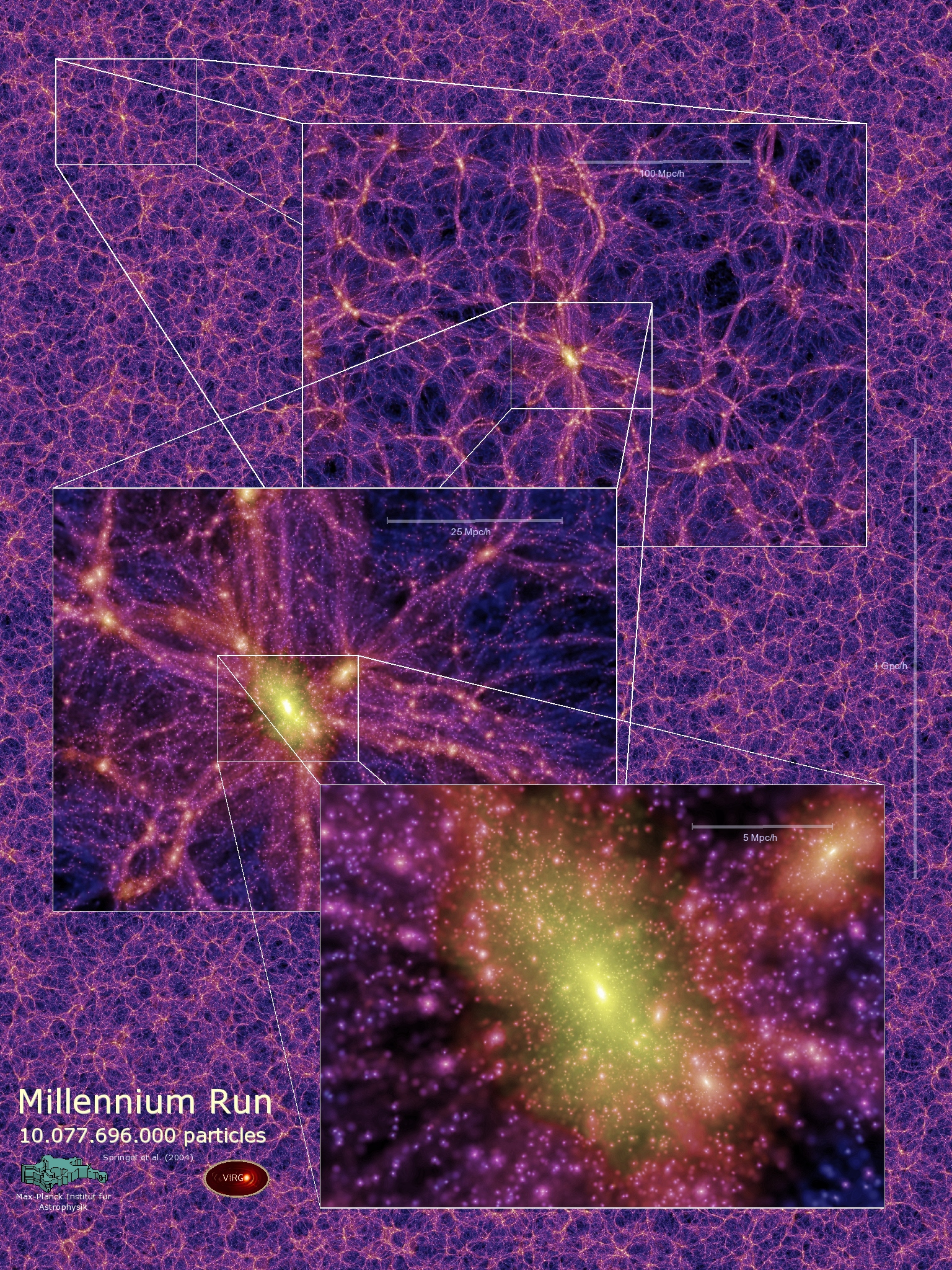 A projected density field for a 15 Mpc/h thick slice of the redshift z=0 output. The overlaid panels zoom in by factors of 4 in each case, enlarging the regions indicated by the white squares.

The Millennium Simulation was the largest N-Body Simulation ever carried out back in 2005, containing over 10 billion particles. The simulation run by the Virgo Consortium using a cluster of 512 processors located at the Max Planck Institute for Astrophysics in Garching, Germany. The simulations took a total of 28 days (~600 hours) of wall clock time, and thus consumed around 343 000 hours worth of cpu-time.

The Millennium simulation was the first of a series of related simulations of cosmological volumes. In 2008 a second simulation was completed with the same cosmology, the same output structure and the same number of particles as the Millennium Simulation, but in a 5 times smaller box and thus with 125 times better mass resolution.

A 3-dimensional journey through a rich cluster of galaxies.

The initial paper for “The Millennium Project” has been published as Springel et al. 2005. For more information and relevant publications please visit MPA’s project description page or contact Volker Springel.